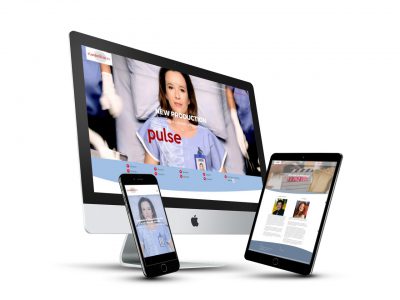 A writer acquaintance from my previous television career emailed me to say that she had formed a new company with an international producer of feature films.  They had just produced their first television series and they needed a website.  And they needed the website to be live when the TV series went to air at the end of the month. A tight schedule.

I had worked with television production companies before and knew that I would not have to wait for materials as they generally have comprehensive Press Kits prior to release.  The television series was a medical drama and the only brief we were given was to feature a “scrubs” blue look. They already had their logo (red and grey). They also wanted the information and images for each episode to go live as each episode was broadcast across the series.   The ability to expand the site as new productions were added was also required. 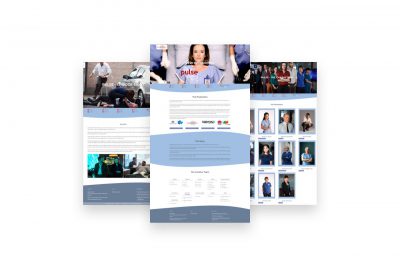 As expected,  the Press Kit contained all the material needed for the website.  Key cast and crew biographies and images were provided as well as producer profiles, and each episode synopsis and stills gallery.  Also included was the option to play the opening titles music, and links to i-view, i-tunes, Google Play and Spotify.  We launched the site on time for the first episode.

Due to the time constraints the site launched primarily with the Pulse information but we have since added an Awards page and a News blog.

The production company has several shows in development, so the site will grow as each show is completed.

Bluestarfish Web Design maintains the site on the client’s behalf.